CONCEPT-7 BUILDING A NEW COSMOS /SOLAR SYSTEM
new cosmos is built from a collective 1wark aka 51d-wark comprising of all those individual 1warks wko know how to build it and are a perfect co-operartive. First each one of the collective must gather another 48 1warks which is now called a quorum of 49 warks called 1ark and enclose it as a form to form the nucleus of a to-be-formed 2wark [aka 50d-wark]. And so the process goes on.. attracting 48 other 2warks, the quorum of 49 2warks , the 2ark and enclosing it as a new form to form the nucleus of the 3ark called the 3wark. And so the building goes on until our familiar 3d is reached. At this point the 30wark [aka 3d-wark or 49-(dash) wark] is the end of the line, cos there is no need to enclose it to form the nucleus of another level of wark. No need to build a 50wark aka 2d-wark. This process is called stage 1 of involution.
So now we can proceed to stage 2 of involution or evolution in the downward or outward directions.

The solar system begins with the 90wark. First the collective have to attract another 48 90warks to form a 90ark, then enclose it into a form called 91wark which is the nucleus of the next subatomic shell. They now attract another 48 91warks, enclose them and voila the 92wark has just been formed. … and so the building goes on in likewise fashion until 36ark has been reached.. the end of the subatomic line. There is no such thing as 37wark .. they have reached the outer edges of their subatomic cosmos.
Now the work begins to build the solar macro forms from the micro [subatomic] forms.
Let’s fast forward some trillions of years to see the results here…

Here we see the results…. 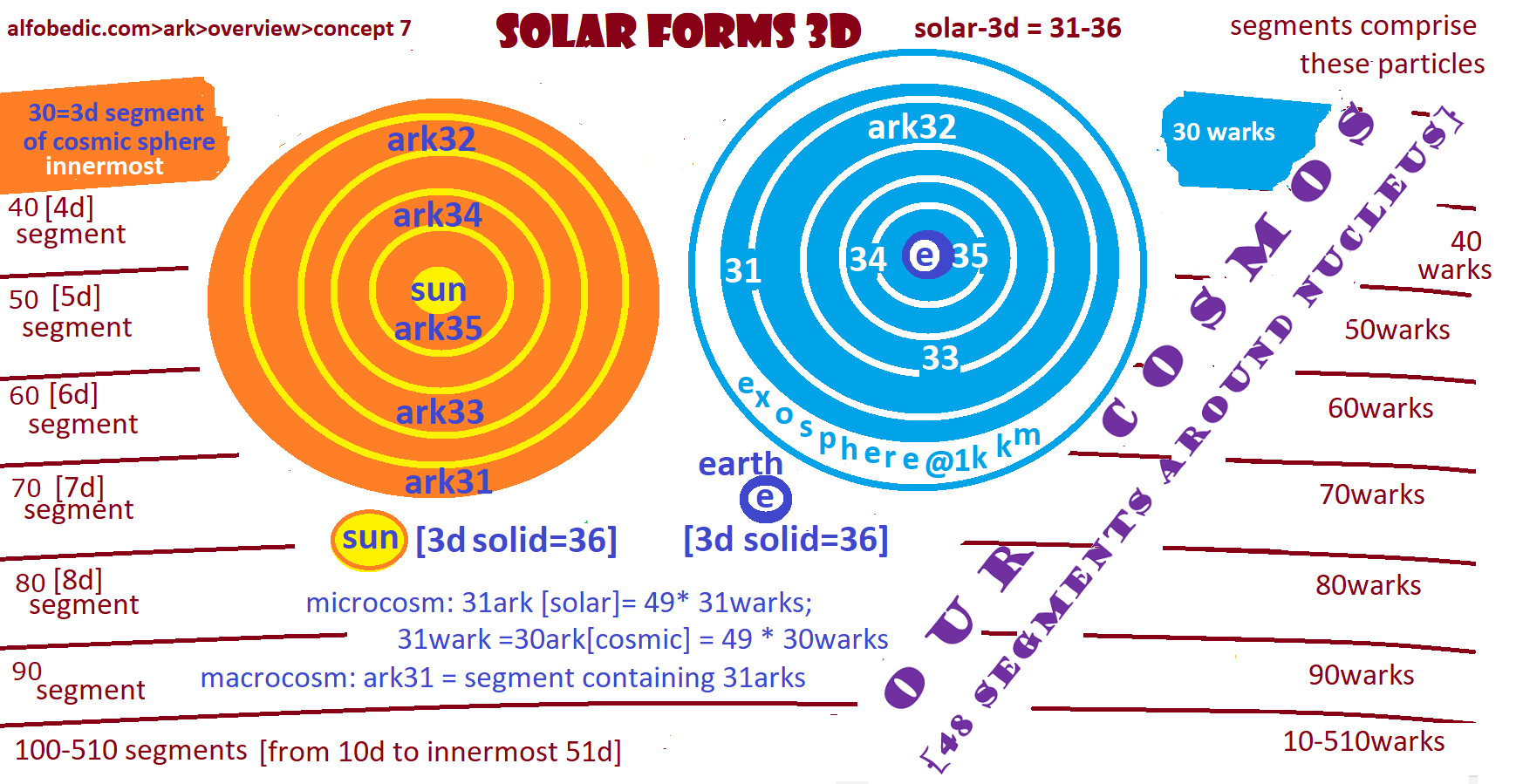 let’s fast forward perhaps 40 billion years until we can see the exosphere has formed around the earth getting ready to support lots of diverse lifeforms..

ow let’s fast forward again a mere 1 billion years and they are designing the first cyanobacteria life on earth. .. fast forward another 1 billion and they will be designing the first mineral forms, another billion will see the prototypes of the first vegetable life and yet another billion until we see the first primitive quadripeds.
THeir first human astral formis still a billion years away…
That was just a mere 22 million years ago and the first humans were hermaphodites….
… only 4 million years were needed to design, plan and install the separation of the sexes to produce the man without a womb and the woman with a womb. The former female-male-man is no more.
Working our way backwards through the creation process we can see

the 5d-causal and mental forms

the agap’e and wisdom forms