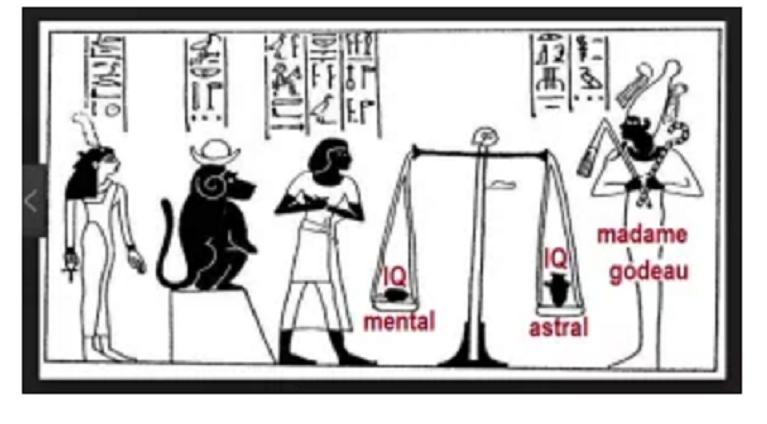 The weighing of the heart ceremony

The ancient Egyptians believed that, when they died, they would be judged on their behaviour during their lifetime before they could be granted a place in the Afterlife. This judgement ceremony was called “Weighing of the Heart” and was recorded in Chapter 125 of the funeral text known as the “Book of the Dead“.

The ceremony was believed to have taken place before Osiris, the chief god of the dead and Afterlife, and a tribunal of 43 deities. Standing before the tribunal the deceased was asked to name each of the divine judges and swear that he or she had not committed any offences, ranging from raising the voice to stealing.  If found innocent, the deceased was declared “true of voice” and allowed to proceed into the Afterlife.

This description is very symbolic. The weighing machine can be also considered to weigh the plus points against the minus points. If we have a credit then that will be deducted from the outstanding balance, otherwise the minus grows, not a good result for us.

The law of debits and credits is administered with precision and we can be sure no mistakes are made in the accounting process.