THEORIES THAT STAND THE TEST OF TIME

Herein lies the tale of the foremost movers and shakers in the world of sub-atomics and remote viewing.

… enter Pythagoras and his wife Theano who introduced the numerical format to denote the fundamnetals needed to explain the nature of reality…the monad [aka wark-monad, wark-self, our essential immortal self], and 3 inseparable aspects : force, matter and consciousness for all things equal or greater than the wark [subquark]. 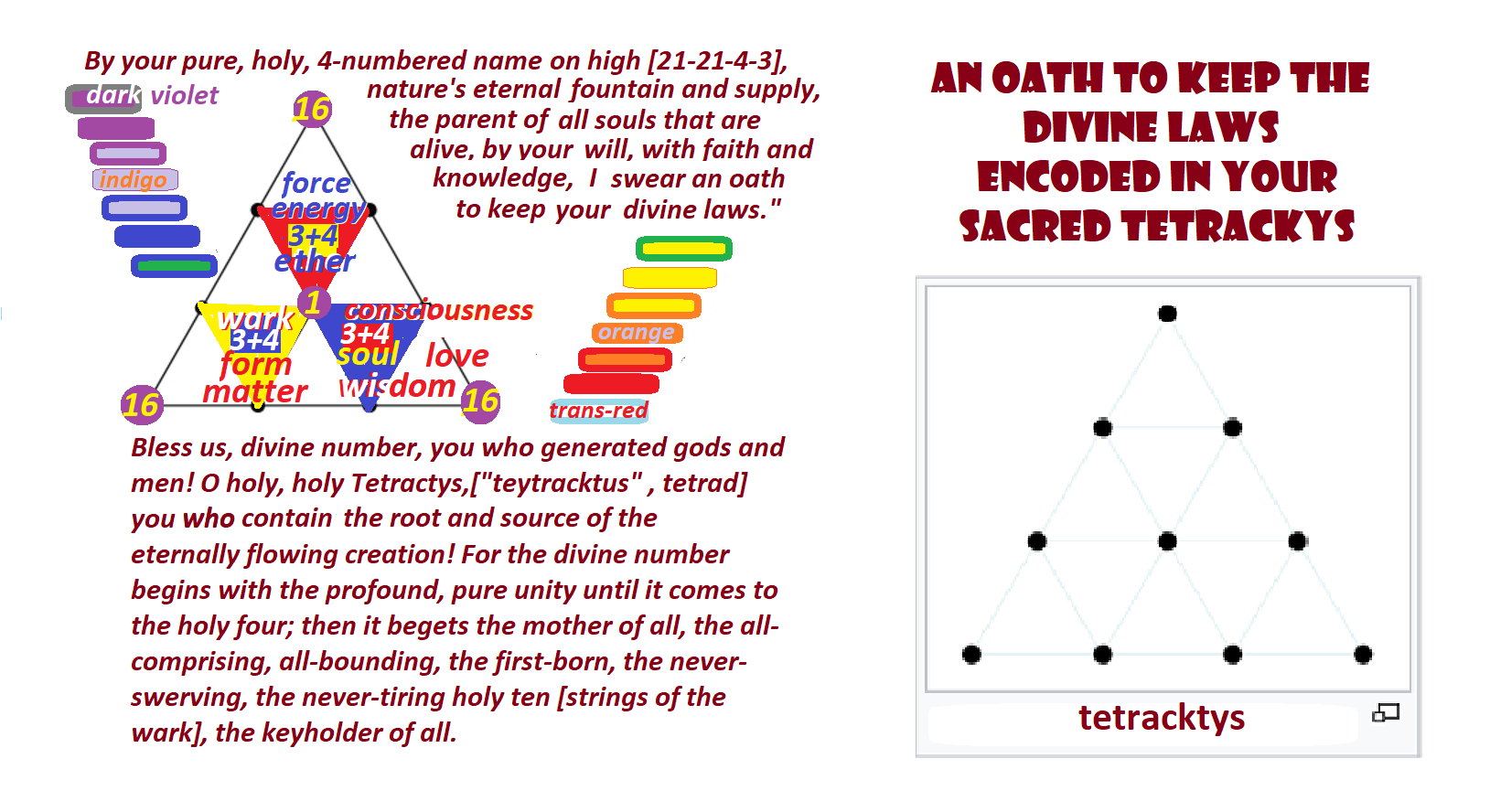 … enter the founder Ramanuj who developed the theory that says before evolution, nature [prakriti] was in a condition of laya, of absolute homogeneity, and then it evolved into the anu, the primordial atom [aka wark]. Force [parabrahman] pervades every consciousness aspect [jiva] and every particle of matter.

… enter Edwin, the first one to visualize the structure of the smallest sub-atomic unit, now known as a subquark or wark.

In 1878 he published “the principles of light and color” which included this drawing of the wark [my annotations added].

…enter JB who published “as above so below” with this drawing of the 7  sub-atomic realities. See concept #  xx about how the world of forms are built 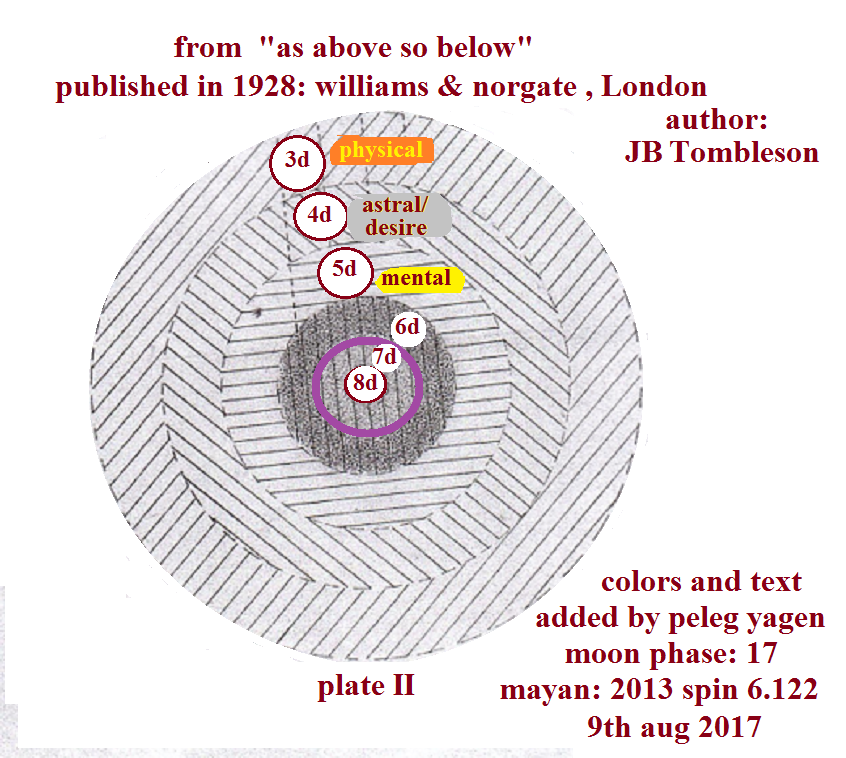 … enter 2 of the foremost remote-viewers who published “occult chemistry” which includes this drawing of the wark. 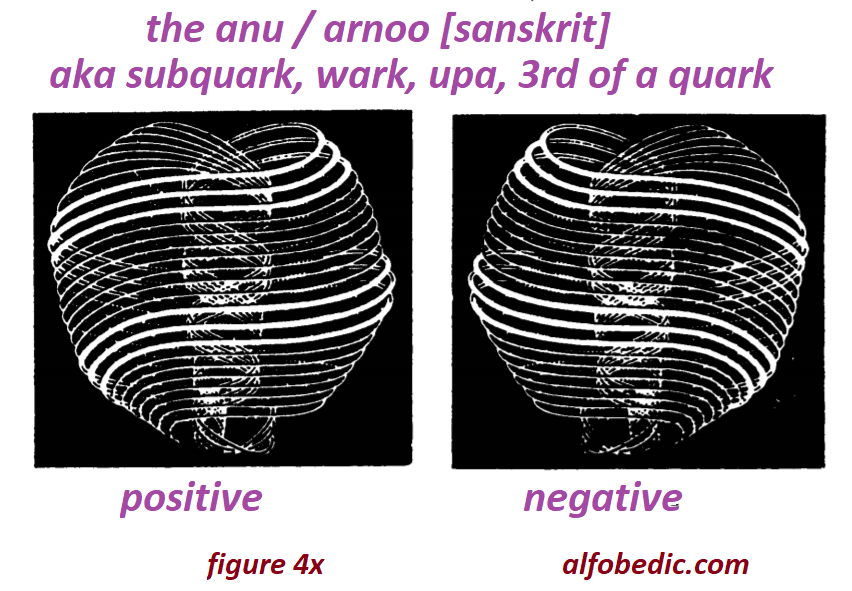 … enter Henry aka HTL on the scene to update the unpublished theories of Pythagoras which put warks and dimensions in a new perspective.
Here he shows the 7 distinct combinations of how the 3 aspects integrate on each of the 7 subplanes of each dimension. 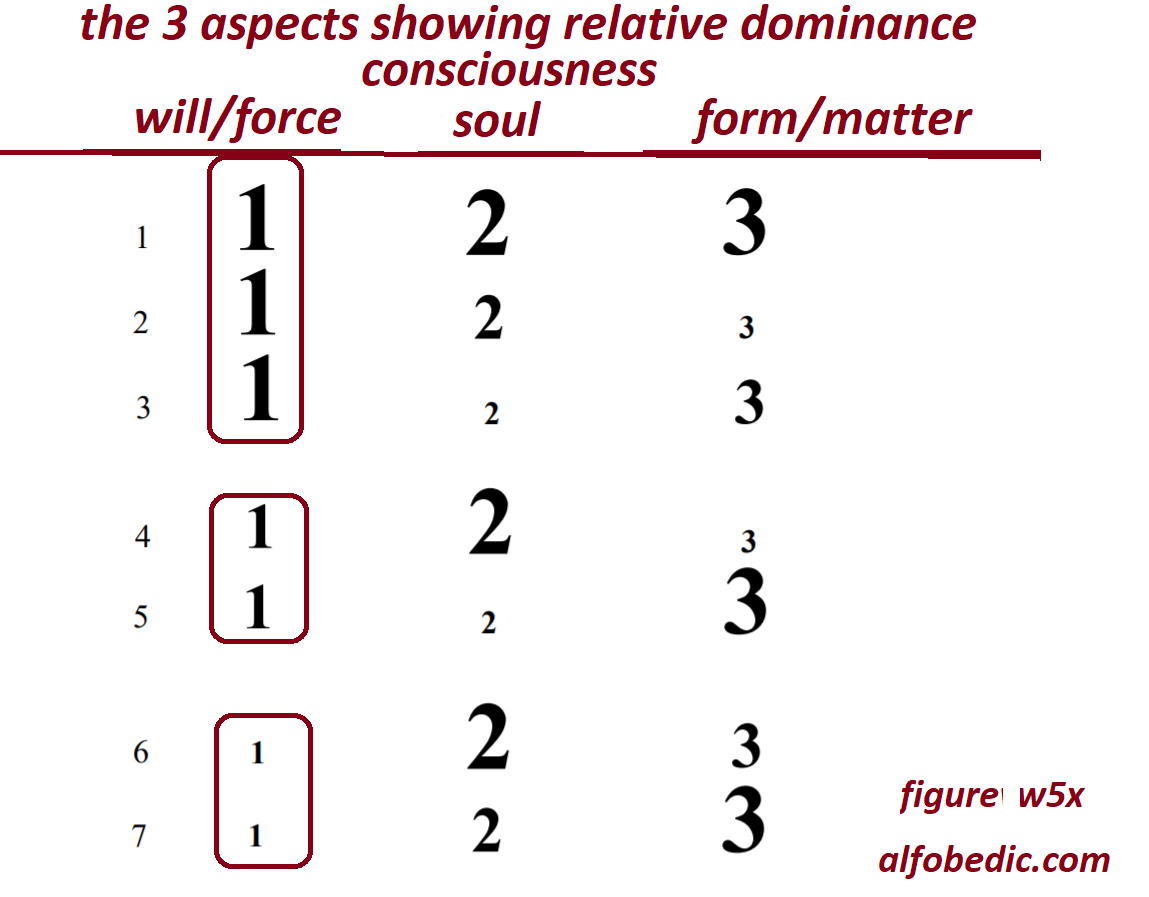 Murray coined the name “quark” in 3 varieties aka “ace” by George Z.

Jerome I. Friedman, Henry W. Kendall and Richard E. Taylor discover the first evidence of the up and down quarks and by extension the strange quark needed to complete the theory.

In 1974, two scientific teams almost simultaneously discovered the so-called “charm quark,” [4TH in the series] in the form of a meson made up of a charm and an anti-charm quark. The fact that the teams used entirely different approaches to the discovery gave the find added credibility. A team at SLAC headed by Burton Richter caused collisions between beams of electrons and their antiparticles, positrons, creating showers of particle-antiparticle pairs. The SLAC team tuned the beam energy, watching for any change in the amount of particles produced in the collision. The new meson revealed itself as a huge spike called a resonance in the probability of interactions between particles. The resonance appeared when the energy produced in the collision was near the new meson’s mass.

The other group, led by Samuel Ting of MIT, took a different tack They fired protons onto a fixed target at Brookhaven National Laboratory and identified the meson’s signature against the background of other particles.

Intriguingly, the two teams first gave the new meson different names. The SLAC physicists called it the “psi particle” because one of its characteristic decay modes produced four particles that curved in their detector’s magnetic field to look like the Greek letter psi. Ting took an equally symbolic approach. He chose the name “J,” owing to the similarity in shape between that letter and the ideogram for his Chinese name. Once they realized that they had discovered the same particle, the two teams agreed to name it “J/psi.”

… enter on the scene the 5th quark called “bottom”

… enter quark #6. On March 2, 1995, after having gathered more evidence and a reanalysis of the DØ data (who had been searching for a much lighter top), the two groups jointly reported the discovery of the 6th and final member of the series – the top quark

… enter Leonard, who is widely regarded as one of the fathers of string theory,[8]having, with Yoichiro Nambu and Holger Bech Nielsen, He was the first to give a precise string-theory interpretation of the holographic principle in 1995[10] and the first to introduce the idea of the string theory landscape in 2003

… enter the second Edwin who merged 5 string theories into one unified M-string theory with 10 spacial dimensions and a time dimension.

… enter Stephen on the scene when he published “anima: remote viewing of sub-atomic particles”. Here is a snapshot from an animation taken from his website.

… enter HTL again , this time in English and he equates for the first time as far as I know the equivalence of the primordial atom and the essential self

“All matter composed of primordial atoms, atoms, molecules, aggregates, worlds, planets, solar systems and cosmic worlds, are only envelopes of the monads. The monad (the individual, the self) as a material phenomenon can never be anything else than a primordial atom.

This insight is of fundamental importance. Without this insight the individual will unfailingly fall a victim to some one of the prevalent misconceptions of what the self actually is. What all these have in common is that the monad is thought to be some highest envelope.

See concept #4 for more on this